The 10th World Science Forum (WSF) took place at the International Convention Center in Cape Town, South Africa, 5–9 December 2022. The WSF is a forum that addresses the social, economic relevance, influence and responsibilities of science, and the 2022 edition addressed the issue of “Science for Social Justice”. The event was organised by the Hungarian Academy of Sciences (MTA), Member of Science Europe that recently re-joint our organisation, in cooperation with UNESCO, the International Science Council (ISC), the American Association for the Advancement of Science (AAAS), The World Academy of Sciences (TWAS), the European Academies Science Advisory Council (EASAC) and the InterAcademy Partnership (IAP).

Over 200 speakers addressed a wide array of topics in the framework of ‘science for social justice’, from science for global and local challenges through to science diplomacy, science policy, Open Science and Equality Diversity and Inclusion (EDI), including lessons learned from the Covid-19 crisis. In dialogue online participants and around 1000 onsite participants, debates took place through a series of 12 Side Events, 5 Plenary Sessions and 14 Thematic Sessions. These involved scientists, politicians, policy makers, representatives from governments and from non-governmental organisations.

MTA President, Professor Tamás Freund, and Hon. Emmanuel Nzimande, Minister of Higher Education, Science and Innovation, Co-Chaired the event. In his opening remarks on 6 December, Professor Freund stated: “While science will always keep pushing boundaries through its relentless quest for breakthroughs, it must be ensured that the scientific achievements and the wealth whose generation they enable are distributed in a just, equitable and socially responsible manner throughout all layers of society and put to the best use for the benefit of all". This was the first World Science Forum to take place in Africa and the organisers had high hopes to "contribute to advancing the African agenda for science, affirming the crucial contributions Africa has to make in enriching global science”. As said President of South Africa Cyril Ramaphosa also at the Opening Ceremony on Tuesday, 6 December.

Secretary General of Science Europe, Lidia Borrell-Damián, participated in two sessions: In the first Session on 5 December on ‘Science Policy Advice to Tackle Societal Challenges’, organised by the Marie Curie Alumni Association (MCAA), she contributed with the work that Science Europe and its members are dedicating to science policy for the green and digital transition and, more generally, with the work of Science Europe in Science Diplomacy.

In the Plenary V on ‘Justice in Science – How to ensure science reflects the society we want’, she contributed with reflections based on the Science Europe research culture position and the Values Framework for the organisation of research. She presented how research values are reflected in the Commitments on the Agreement on Reforming Research Assessment and reminded the audience that the organisation taking forward the implementation of the commitments (CoARA) is open to organisations worldwide. She also referred to the need to define and implement more institutional policies on equality, diversity and inclusion (EDI) guidelines. In this way, the scientific community can lead by example the move towards a more egalitarian and just society. She discussed these initiatives with a distinguished set of panellists, including Dr. Alondra Nelson Deputy Assistant to the President and Deputy Director for Science and Society, White House Office of Science and Technology Policy.

In a written communication following a failed online connection, Commissioner Gabriel congratulated the organisers and participants and stated: “When we talk about the social justice, first we need to think about social responsibility: science needs to be accessible for all, it needs to benefit all, and live up to the highest ethical standards and values”. For his part, Minister of Higher Education, Science and Innovation, Dr Blade Nzimande said “We have indeed this week, considered the challenges which face us from many angles and that was important. But what matters now is action and to make that difference, science at the service for society, science for social justice”.

In this context, the WSF organisers drafted a comprehensive declaration which was validated by the audience. The 2022 WSF Declaration, published on 9 December, identified several possibilities for science to play a more decisive role in ensuring resources, opportunities and benefits in society are accessible and are distributed in a fair manner. This Declaration sets out the commitment by Forum participants to meet this responsibility and seize the opportunity for the production and application of knowledge to challenge inequality, marginalization, environmental destruction, climatic disruptions and other forms of social injustice.

Recalling Prof. Tamás Freund opening words “we cannot afford to waste talented minds anywhere in the world, and especially not the young generations of developing nations”, in his final address he congratulated the organisers for the excellent outcome of the debates, and he looked forward to organise the WSF 2024 in Hungary. Science Europe will be happy to contribute to the next WSF edition. 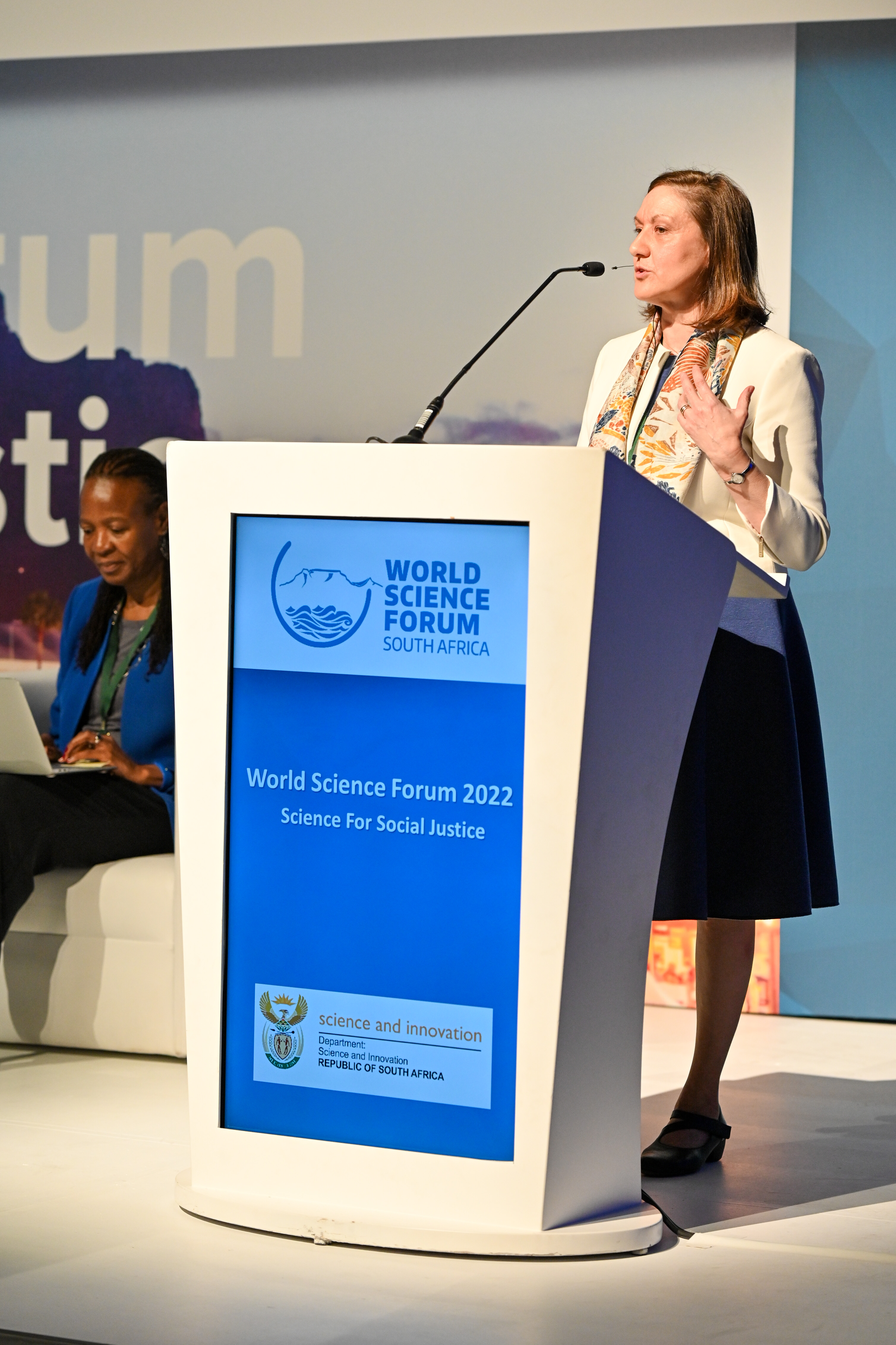 Every year, autumn is the period where participants of the Global Research Council (GRC) meet at regional level to prepare the world-wide discussion that takes place the following spring.

Together with UKRI, Science Europe is organising the European Regional Meeting of the Global Research Council to provide input to the 2023 GRC Annual Meeting.

Talent Retention: How can Europe tackle the challenges of Brain Drain and Capacity Building in EU-13 countries?

Several initiatives attempt to bridge the R&I gap between Eastern and Western Europe, including the European Commission's €3.3bn "Widening" plan, and the relaunched ERA. Implementation remains difficult, however. Science Europe sponsored and co-organised the first regional event of the new Science|Business Widening Initiative to address this issue.

Science Europe participation in the Science and Technology in Society Forum

The 19th Annual Meeting of the Science and Technology in Society Forum (STS forum) took place at the Kyoto International Conference Center, Kyoto (Japan), 2-4 October 2022, with the participation of nearly 1,000 global leaders in science and technology, policymaking, business, and media from over 80 countries, regions, and international organizations.

Science Europe supports the call for open and barrier-free science collaboration between European countries, including Switzerland and the UK, made in the newly-launched Stick to Science initiative.

Statement on the Association of the UK to Horizon Europe

In December 2020, the EU knowledge community collectively welcomed the provision in Protocol I of the EU-UK Trade and Cooperation Agreement for the UK to associate to Horizon Europe. Now, at the end of the first year of Horizon Europe’s implementation, the procedure to officialise the association is in a deadlock.

Association of the UK to Horizon Europe must go forward

The European Union’s research and innovation community urges the European Commission and UK Government to work towards a successful UK association to Horizon Europe as soon as possible.

The Nobel Prizes were announced between 4 and 11 October this year, honouring the greatest achievements in medicine, physics, chemistry, literature, peace, and economic sciences.