The Nobel Prizes were announced between 4 and 11 October this year, honouring the greatest achievements in medicine, physics, chemistry, literature, peace, and economic sciences.

We are pleased to see scientists from Science Europe Member Organizations among the Nobel laureates for 2021.

The Nobel Prize in Physiology or Medicine was awarded jointly to David Julius and Ardem Patapoutian “for their discoveries of receptors for temperature and touch.” The two made groundbreaking discoveries that launched intense research activities resulting in a rapid improvement in our understanding of how our nervous systems perceive heat, cold, and mechanical stimuli.

The Nobel Prize in Physics was awarded with one half jointly to Syukuro Manabe, Klaus Hasselmann for their fundamental contributions to climate research, laying the foundation of our knowledge of the Earth’s climate and how humanity influences it, and the other half to Giorgio Parisi for his research on disordered materials and random processes.

The Nobel Prize in Chemistry was awarded to Benjamin List and David W.C. MacMillan for their work on asymmetric catalysis. They have established for the first time that small organic molecules are suitable as mediators of chemical reactions. Their work has aided pharmaceutical research and reduced the environmental impact of chemistry.

The Nobel Prize in Literature was awarded to Abdulrazak Gurnah for “his uncompromising and compassionate penetration of the effects of colonialism and the fate of the refugee in the gulf between cultures and continents.”

The Noble Peace Prize was awarded to the journalists Maria Ressa and Dmitri A. Muratov for their efforts to protect freedom of expression in the Philippines and Russia, which is recognised by the Nobel Committee as a precondition for democracy and lasting peace.

The Nobel Memorial Prize in Economic Sciences was awarded to David Card, Joshua D. Angrist, and Guido W. Imbens. Mr. Card has made a career of studying unintended experiments to examine economic questions such as whether raising the minimum wage causes people to lose jobs, while Mr. Angrist and Mr. Imbens have developed research tools that allow economists to test big theories using real-life situations such as how additional education affects income. 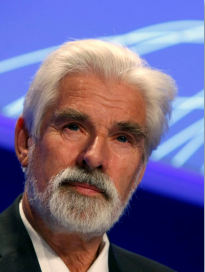 Klaus Hasselmann was Director at the Max Planck Institute for Meteorology in Hamburg from 1975 to 1999 and Scientific Director at the German Climate Computing Centre from 1988 to 1999. 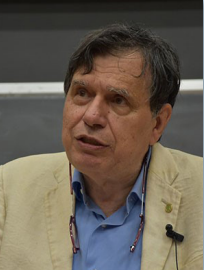 Twice ERC grantee, Giorgio Parisi is a Professor Emeritus of the Sapienza University of Rome, an INFN researcher, and the vice president of the Accademia dei Lincei. 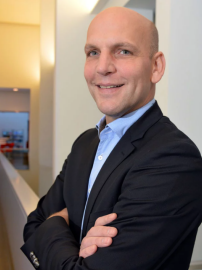 Dr. List is a German chemist and director at the Max Planck Institute for Coal Research in Mülheim an der Ruhr, Germany.

Science Europe supports the call for open and barrier-free science collaboration between European countries, including Switzerland and the UK, made in the newly-launched Stick to Science initiative.

Statement on the Association of the UK to Horizon Europe

In December 2020, the EU knowledge community collectively welcomed the provision in Protocol I of the EU-UK Trade and Cooperation Agreement for the UK to associate to Horizon Europe. Now, at the end of the first year of Horizon Europe’s implementation, the procedure to officialise the association is in a deadlock.

Association of the UK to Horizon Europe must go forward

The European Union’s research and innovation community urges the European Commission and UK Government to work towards a successful UK association to Horizon Europe as soon as possible.

Together with CSIC and NCN, Science Europe is organising the European Regional Meeting of the Global Research Council to provide input to the 2022 GRC Annual Meeting.

Outcomes of the GRC 2021 Annual Meeting

The Global Research Council (GRC) 2021 Annual Meeting, hosted by UK Research and Innovation (UKRI) and the National Research Foundation (NRF) in South Africa, took place remotely between 24 and 28 May 2021. It was preceded by the regional events and meetings of the various GRC groups.

The Science Europe Strategy Plan comes at a crucial time for European Research an Innovation (R&I) and includes an updated vision, mission, values, and set of strategic priorities for the association. It supports its Member Organisation in their mission to create world-class scientific knowledge, delivering more benefit for our societies.

This Multi-annual Action Plan proposes a series of framework actions to guide the implementation of the Science Europe Strategy Plan 2021–2026 in line with the association's updated vision, mission, values, and strategic priorities.

On 20 May, the European participants of the Global Research Council (GRC) re-elected Professor Katja Becker, President of the German Research Foundation, to represent them in the GRC Governing Board.