The successful event attracted over 1,000 participants across the globe and demonstrated a desire for change and broad agreement on the parts of the system that currently do not work effectively.

These ideas were laid out in a working paper, ‘The changing role of funders in responsible research assessment: progress, obstacles and the way ahead’, published just prior to the conference. This paper builds upon a number of existing frameworks including the San Francisco Declaration on Research Assessment (DORA) and Science Europe’s own Position Statement and Recommendations on Research Assessment Processes. Furthermore, a survey conducted as part of the creation of the paper used the framework developed by Science Europe for its 2019 study on research assessment processes.

The GRC conference highlighted that the step from recommendations made by initiatives such as DORA, and implementation in working practices in the research system at a global level, is less clearly resolved. Many research funding and performing organisations do implement practices and policies to promote change in research assessment processes and criteria, however. It is important that these examples are shared and discussed to promote mutual learning and co-ordinated action.

To this end, Science Europe has released a range of good practice examples from its Member Organisations. They represent practices and policies that are in line with the recommendations laid out in Science Europe’s Position Statement and Recommendations. So far, Science Europe has collated 22 such examples, which have been published on its website and on Twitter. In a complementary move, DORA is also compiling a set of good practices. Together, these lists provide blueprints for research organisations globally to consider changes to their processes, raising standards through knowledge sharing and mutual learning, and making a first step towards the broader reforms that were called for at the GRC conference. 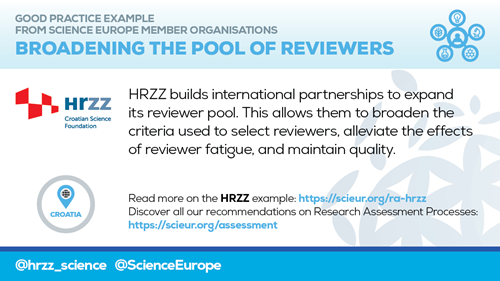 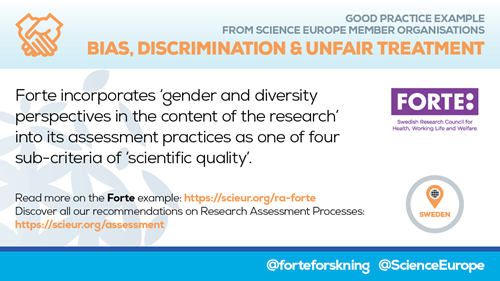 Every year, autumn is the period where participants of the Global Research Council (GRC) meet at regional level to prepare the world-wide discussion that takes place the following spring.

The Constitutive Assembly of the Coalition for Advancing Research Assessment (CoARA) took place on 1 December 2022. The Assembly, which brought together the organisations that signed the Agreement for Reforming Research Assessment by 17 November and have confirmed membership in the coalition, officially launched CoARA and decided on the terms of its governance and operations.

CoARA: next steps for the coalition

An extensive co-creation exercise throughout the first half of 2022 that gathered the interests and perspectives of +350 organisations from over 40 countries led to the publication of an Agreement on Reforming Research Assessment on 20 July.

This Agreement sets a shared direction for changes in assessment practices for research, researchers, and research performing organisations, with the goal to maximise the quality and impact of research. It includes principles, commitments, and timeframes for reforms and lays out principles for a Coalition of organisations willing to work together in implementing the changes.

The Agreement on Reforming Research Assessment is now final

Science Europe, the European University Association, and Dr Karen Stroobants, supported by the European Commission, present an agreement on the reform of research assessment, the result of over six months of co-creation with more than 350 organisations from over 40 countries.

This morning (8 July), Science Europe & the European University Association, with the European Commission, hosted the 3rd stakeholder assembly of the reform of research assessment initiative.

Science Europe will contribute to the EuroScience Open Forum (ESOF) 2022 with sessions on several key topics: the green and digital transition, research careers, open science, and the reform of research assessment systems.