We are pleased to welcome the National Research Foundation of Ukraine (NRFU) and the Hungarian Academy of Sciences (MTA) as members of Science Europe.

Science Europe is looking forward to working with these two members to promote and support excellent European research.

The Hungarian Academy of Sciences (MTA) has rejoined Science Europe after having been a long-standing member in the association. MTA now represents the Hungarian scientific community at the EU and international levels and operates several funding programmes that support fundamental research. Its new missions are the following:

The National Research Foundation of Ukraine (NRFU) is a state budgetary institution established by the Government of Ukraine in 2018 in accordance with the Law of Ukraine ‘On Scientific and Scientific-technical Activities’. NRFU funds the activities aimed at the all-round development of Ukrainian science as a major factor in the economic growth of the state.

"The acceptance is great honor for the National Research Foundation of Ukraine (NRFU) and Ukraine which is fighting for its freedom and choice to become a truly European country. I am convinced that the NRFU's membership in Science Europe is a clear sign of the Association's willingness to help Ukraine maintain the highest standards in the field of financing, managing and implementing research. This gives us all hope that through learning from SE and its members the NRFU will be able to follow the best practices and main principles shared by other European countries in our professional activities."

“It is an honour for the Hungarian Academy of Sciences to re-join Science Europe, an organisation we had participated in since its foundation of 2011 as a research-performing organization. We consider our reinstated membership as a research-funding organisation as the acknowledgement of the dedication of the Hungarian Academy of Sciences to work for the future of European science. We truly appreciate being part of an association which brings together major European research organizations and plays a pivotal role in shaping the European and the global scientific agenda.”

Professor Tamás Freund, President of the Hungarian Academy of Sciences 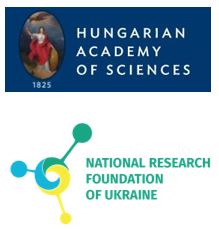 On 26–27 January, the Science Europe Working Group on Communication organised its first Workshop on Science Communication. The aim was to discuss what is at stake in science communication, focus on what needs to be done collectively to improve it, and define what concrete actions to develop.

The issues the research world will grapple with in 2023

Science Europe Updates December 2022 is out!

As 2022 is drawing to a close, we have prepared an overview of the many and varied activities carried out by Science Europe in the last six months of the year - a perfect reading wherever you may be enjoying the winter break.

The latest updates from Science Europe with news and information on our events, publications, and other activities.