Workshop Science for the Green Transition

The Spanish Research Council (CSIC), the Swedish Research Council for Sustainable Development (FORMAS), UK Research and Innovation (UKRI) and Science Europe co-organised a Workshop on ‘Science for the Green Transition.’ The event, which was an accompanying event of the Slovenian Presidency of the Council of the EU, aimed to bring forward the perspectives from different actors involved in science policy both, in general and for the Green Transition. 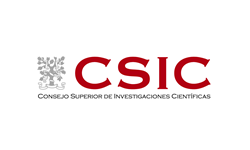 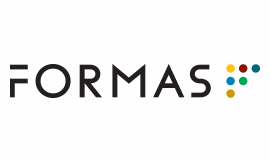 Objective of the Workshop

The goal of the workshop was to study the roles and contributions that national governments, research performers, and research funders can play to help apply and translate scientific knowledge into policies and actions that address the climate crisis. It aimed to demonstrate the importance of drawing on expertise at local, regional, and (inter)national level, and the need to increase co-operation between the research community and policy makers.

Held as a virtual workshop in two sessions, the event saw the attendance from over 100 participants who joined in to listen to presentations from a variety of speakers, including:

In the second session, the participants discussed in four concurrent breakout groups what role research performing and funding organisations can play in the requirement for the timely co-ordination of scientific evidence and the importance of sound and trustful research for evidence-based policy making, as well as how to remove barriers to leverage best scientific knowledge in a coherent way for policy makers to inspire action.

Missed the event or want to refresh your memory of what was discussed? A recording of the workshop is available: 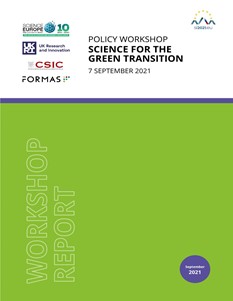 Science for the Green Transition

Report of the 7 September Science Europe Policy Workshop 'Science for the Green Transition', co-organised with CSIC, FORMAS, and UKRI. The goal was to study the roles and contributions of research organisations and governments to the green transition.